I was approached by the director of Bitfilm.com, Aaron Koenig to pen my thoughts on Indo-German trade relations. Having worked with a Bangalore based animator and having paid him in Bitcoin, Aaron sees this as a strong step forward in building on this terrific platform of P2P payments. I would like to introduce him and Vijay from Credestudio, A Bangalore based animation studio. I managed to take some time from both gentlemen, to get their views on Bitcoin in India.

Aaron and Vijay worked on a 2 minute animated video for Bitcoin Deutschland GmbH. The video simplifies and animatedly explains the basics of Bitcoin. Watch this video if explaining Bitcoin to friends is a complex event.

Bitfilm specializes in producing moving image content for the Web and mobile devices, using their worldwide network of film and animation talents.

Here, are a few thoughts from Aaron Koenig (AK), director of Bitfilm.com

Ben: How is Bitfilm funded?

AK: We are an independent, self-funded company. Our festival gets some public funding from the State of Hamburg, and we have worked with sponsors such as Apple, Nokia, Adobe, Microsoft and many others.

Ben:  What is your span of viewership?

Ben: What is your roadmap for your organisation over the next 3 years?

AK: We do not plan so far ahead. In the next year our goal is to organise a kind of world tour of our festival. We will continue to work on animation production for the web and mobile devices, and we are happy to cooperate with animators from India.

Ben: What made you seek out a Bangalorean to work with on your video?

AK: We organised the closing event of our festival in Bangalore last year (at the Max Mueller Bhavan) and I also gave a course at the Sristhi College for two weeks. The head of animation of Srishti recommended Vijayaraj and his team, as we were looking for Indian animators to work with us on the Bitcoin film, as we know that in Indian you get high quality for relatively low budgets. I really enjoy working with them; they are very talented and efficient.

Ben: What are the most significant contributions that India can bring about to the Bitcoin community?

AK: Significant contributions can only be made by individuals, not by countries. I think that in India there are many talented, computer savvy people with a good business sense, so I am positive that many Indians will contribute to the development of Bitcoin in the future.

Ben: Who are the most influential people in the Bitcoin community today according to you and why?

AK: At the moment it is the core development team around Gavin Andresen, Mike Hearn, Jeff Garzik, as Bitcoin is still mostly driven by the technology and a lot has still to be done to improve the technology.
But in the next phase it’s the creative entrepreneurs who will bring Bitcoin forward. Nobody knows yet who will be the ones to develop business models that bring a commercial breakthrough for Bitcoin, but I am looking forward to meet them.

Ben: What kind of technology and marketing partnerships are you willing to undertake to promote Bitcoins growth?

AK: Any kind. For the next festival we try to use Bitcoin both for the voting mechanism and as prize money. So we are looking for media partners and sponsors from the Bitcoin world. For international coproductions we are looking for animators who accept Bitcoins. I also run a political magazine (independent from Bitfilm); its next issue will focus on Bitcoin. We are still looking for writers and interesting topics for the next issue.

A man of few words, are a few thoughts from Vijay, the owner of Credestudio who accepts Bitcoin for his professional services for design and animation. 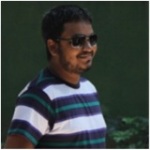 Ben: A short introduction to yourself and your work.

Vijay: Basically I am an Artist, I do art and animation related service.

Ben: Who are your key clients?

Ben: What is your roadmap for your organisation over the next 3 years?

Ben: A thought or two on your introduction to Bitcoin.

Vijay: Bitcoin is the best and cheapest electronic currency so far.

Ben: How did Bitfilm come about to approaching you?

Vijay: They approached us from the Shristi school of design.

Ben: What are a few ways from your perspective that Bitcoin can be popularized in India?

Vijay: It is already getting popular, need more advertisement in India

Vijay signed off mentioning that he is  open to working on more art and animation projects. He is open and comfortable with Bitcoin as a method of remuneration.

India is an emerging vision for Bitcoin. As the largest democratic community on the planet, diversity and tough banking regulations are sure to make Bitcoin a hit. With Jack Dorsey’s Square card readers going viral across the United States and several other mobile readers across the world, not only do we see the disruptive change in enabling the unbanked and under-banked, but more importantly, small merchants and individuals now come under the advertising platform of the phone. A short walk on any city street in Bangalore will tell tales about the invasion of the Smartphone.

Another strong case for Bitcoin in India is the talent and wealth of engineers. As the outsource hub of the world, we have no shortage of engineers and infrastructure. Imagine the cross-border software & service businesses that can ensure seamlessly though Bitcoin’s fee free network. When Bitinstants vision of a Bitcoin debit card comes to life, we could even see mom and pop stores in India take up cryptocurrency as an acceptable token of trade.

Do not hesitate to reach out to me to help connecting you to these visionaries of Bitcoin.

4 comments on “Bitcoin & Outsourcing to India”